The following are examples / instructions on coding self-employment income in FACS based on documentation in the form of tax forms.

NOTE: These examples are just a sample to help you get started with determining and coding countable self-employment income from tax forms. These are very general. As always make sure the income you are counting on the case matches policy for the program eligibility you are determining; and you are encouraged to contact the SNAP, Child Care Subsidy, TANF, or HRMS units for case specific scenarios.

Brad Shelton provided his last year’s tax Form 1040 and Schedule C as documentation of his self-employment income from his business. He states the amount is representative of what he is currently earning and declares business expenses. He states he has been self-employed for the past 3 years. 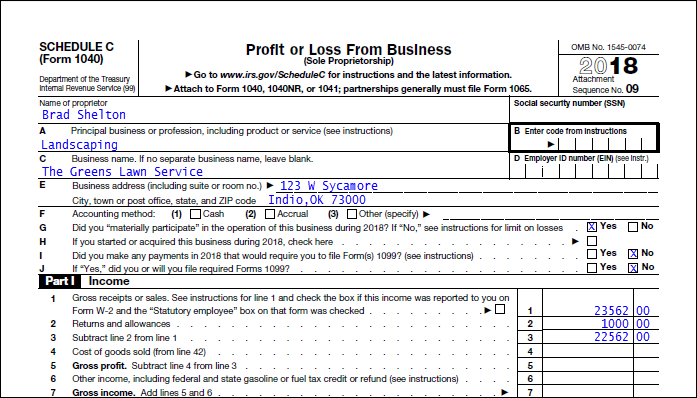 Mr. Smith applies for SNAP benefits for his household of himself, spouse, and 3 children. He has been self-employed for 4 years and has provided his 2018 tax return. All pay is representative. The tax forms indicated that Mr. Smith has an S-Corporation. He receives a salary from the business. He also receives profit sharing. 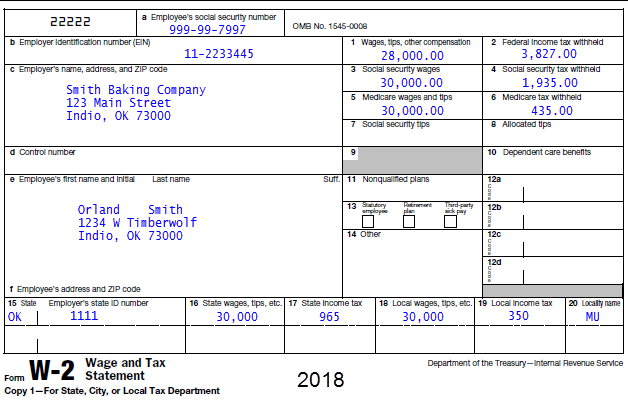 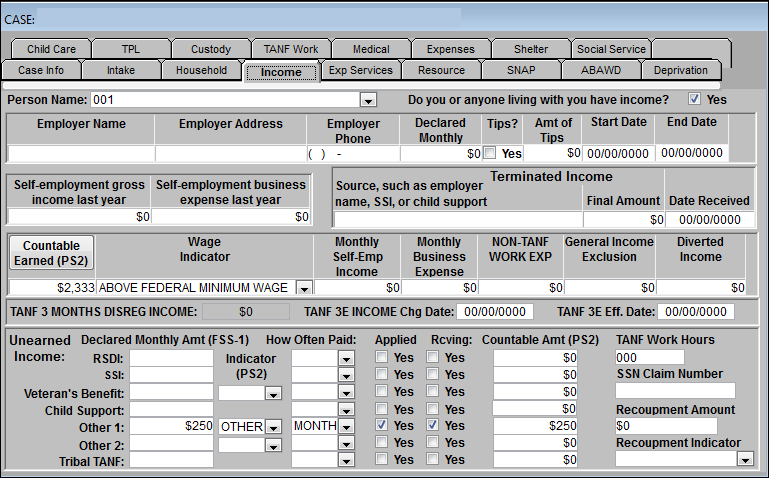 Kenny Nelson states that he is self-employed as a farmer. He declares a $5,000 loss for the last year and provided his tax forms for verification. He also has a part-time job at City Hall with a gross monthly earned income of $2100. 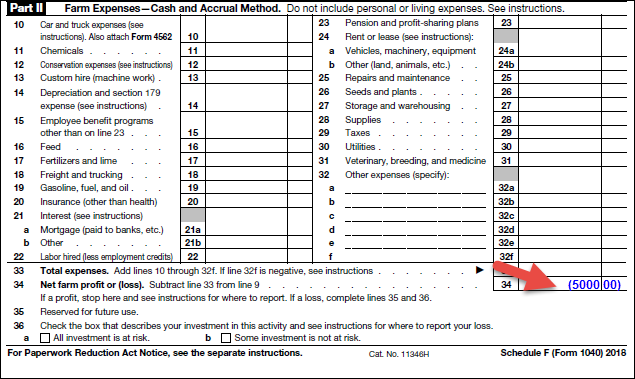 Enter $1683.33 as earned income block in the Income Tab and do NOT enter any self-employment income in the Monthly Self-Emp Income block. 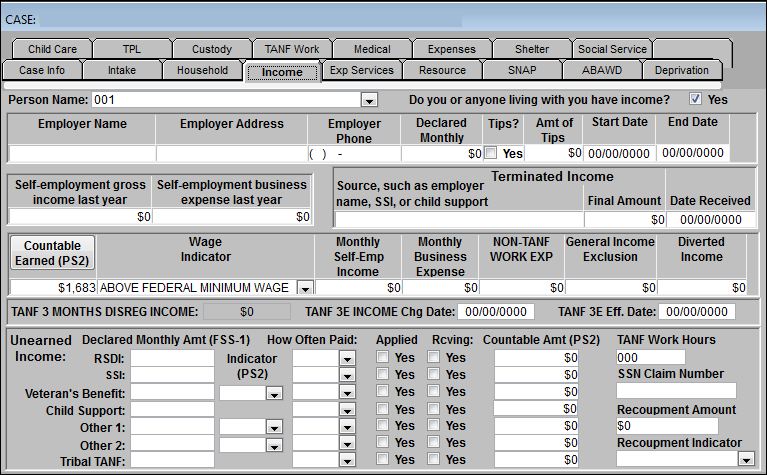 Ricky Nelson states that he is self-employed as a farmer. He declares a profit for the last year and provided his tax forms for verification. He declares no other sources of income. 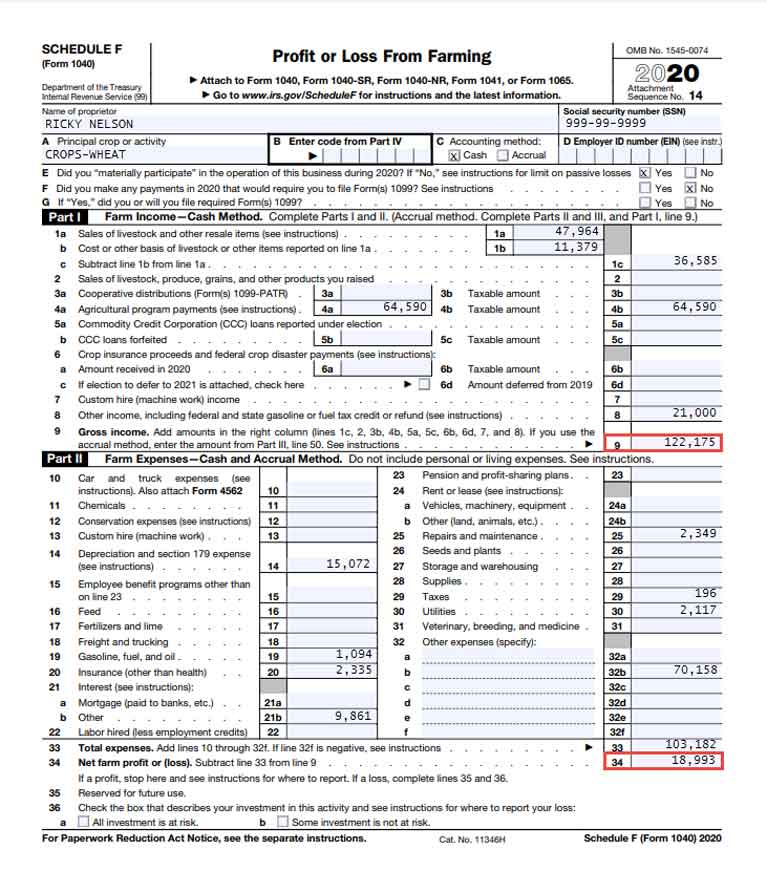 When line 34 shows a profit, use line 9 to determine net self-employment income.

$5091 is entered in the Monthly Self-Emp Income block. 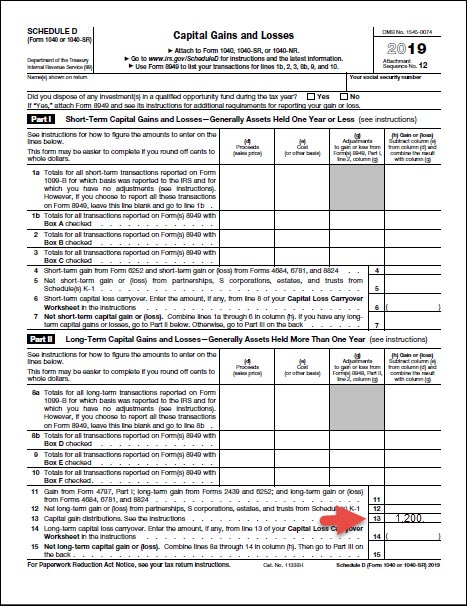 Code the income as unearned – Other Category. 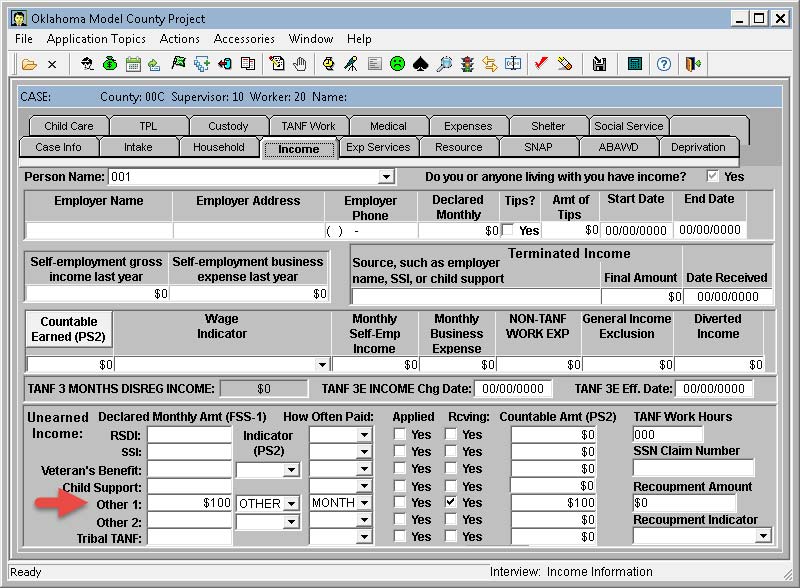